Posted on February 6, 2020 by 24hourwealthcoach 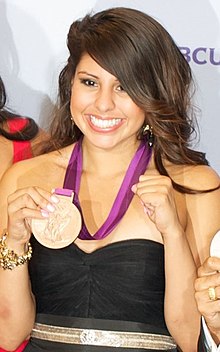 There is a time when bronze beats gold… not in the Olympics, but in Economics.

Bronze is an alloy made of a few things, with around 80% copper. Copper is an essential component in cars, houses and electronic devices. It is also a harbinger of booms and busts.
In economics, it is actually copper which comes first, and tells you where the gold will be.
Recently we have seen the stock price of Tesla soaring, as people become more interested in electric vehicles (EV’s). This is great news for those concerned about pollution and peak oil, and there is little doubt that EV’s will make a cleaner, greener world.
BUT — Watch out for the copper: a standard fuel car has around 10-20kg of copper wiring. An electric car has more than TRIPLE that amount. So, when people buy more EV’s, copper demand should go up, and copper prices should rise also, right?
Smart vehicle forecasters have said that current demand for EV’s will rise from around 3 million now, to around 130 million by 2030. This should be good news for copper.
But the car-makers are not economists, nor are they investors. Investors have been dumping copper and pushing the price down. Copper prices have just had their worst fortnight in recorded history.
Any copper which will be used in smartphones, electric vehicles and smart houses in 2021-2022 has already been bought by manufacturers. For copper prices to be going down, it seems to indicate that manufacturers are forecasting fewer sales in future, not more.
Manufacturers make money when we buy more things. If they are buying less copper and making fewer things, then they must be expecting a downturn. Nobody goes into a growing market with shrinking inventory.
If you are not planning to buy a new smartphone, electric vehicle or upgrade to a smart home appliance in the next year or two, then consider that maybe millions of others just like you, are also delaying purchases.
What are you waiting for? What would it take to get you to buy more electronic gadgets? A raise, a promotion, a new president or a booming economy?
You may be waiting a while. And it seems that manufacturers may know a dirty little secret: the economy may get worse before it gets better.
Manufacturers are buying less copper, presumably creating less inventory, and arguably staring at reduced forecast profits and earnings.
If the stock in Tesla, Apple, and other makers of electronic gizmos are going to head south sometime in the next few months, it may be well to avoid copper, avoid tech stocks, and accumulate gold: both physical (GOLD, BUGS) and digital (BTC).
You could also look at silver: both physical (ETPMAG) and digital (ETH, EOS, ATOM).
Remember that 20 years ago, some former “blue-chip” investments headed south very quickly, dropping by half or two-thirds or even more:
Performance: 2000–2002
Cisco Systems -89.3%
Apple -81.1%
Microsoft -65.2%
Intel -82.3%
Dell EMC -96.2%
Oracle -84.2%
Merck -58.8%
Boeing -58.6%
IBM -58.8%
Amgen -66.9%
Diversify. Do Your Own Research.
Invest wisely. And watch out for the ‘coppers’ 🙂
#gold #silver #copper #bitcoin #ethereum #BostonCoin
(Image: Marlen Esparza, USA flyweight bronze medallist)

DISCLAIMER: the author may hold positions in physical metals and digital currencies (crypto). Nobody ever said he was impartial, but a few people said he can be clever occasionally 🙂 Do your own research; this is general financial education, not specific financial advice.

Jeremy Britton is a left-brained business coach who is occasionally in his right mind. He works 24 hours a week, has written a few books on wealth, health and business and is considered a thought leader in several arenas. Find him on the beach, on Facebook or www.24hourwealthcoach.com
View all posts by 24hourwealthcoach →
This entry was posted in Uncategorized. Bookmark the permalink.

2 Responses to When Bronze beats Gold